It takes a village: How one small hamlet proves that infrastructure is key when enabling our communities 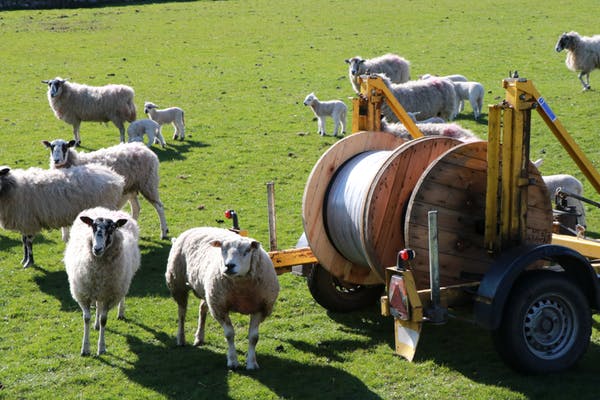 The picturesque village of Clapham, North Yorkshire, has recently built one of the UK’s fastest Internet networks, proving that they are more than just another of England’s top beauty spots!

Located between Lancashire’s Forest of Bowland and the stunning Yorkshire Dales you might think that this remote corner of the UK would be somewhat cut off from modern civilisation. But this no-nonsense village was not going to be left in the dark ages and banded together as a community to ensure that Clapham’s infrastructure was in place to serve its people.

Locations across rural England are notoriously bad for their internet speeds, often leaving their communities feeling cut off from the outside world. So the community decided to do something about this and rallied support to have their own B4RN – a Community Benefit Society, which means the business belongs to the communities who need it: community members own the enterprise, and in B4RN’s case, they also build a lot of the infrastructure themselves.

Following some aggressive fundraisers thrown by the village in order to raise the funds required to purchase all of the equipment, costs were then kept low as each resident installed the B4RN themselves helped by a group of volunteers, turning the ambitious dream of connecting the village into reality, without breaking the bank.

Following this enormous collaborative effort that went into B4RN, Clapham found that they had a reinforced community rapport that helped them greatly in the face of the COVID-19 lockdown. Through their persistence and inspirational effort to ensure that their village infrastructure was built to enable their community – they have achieved not only the fastest internet speeds in rural England but also a connected and supportive community that has adapted their village to work for them.

People make places great. This intuitive response to meeting a challenge is something we expect to see more of. Crowd funding and co-operatives are at the heart of communities, supporting these beating hearts thrive is paramount.

We use cookies to ensure that we give you the best experience on our website. If you continue to use this site we will assume that you are happy with it.Ok